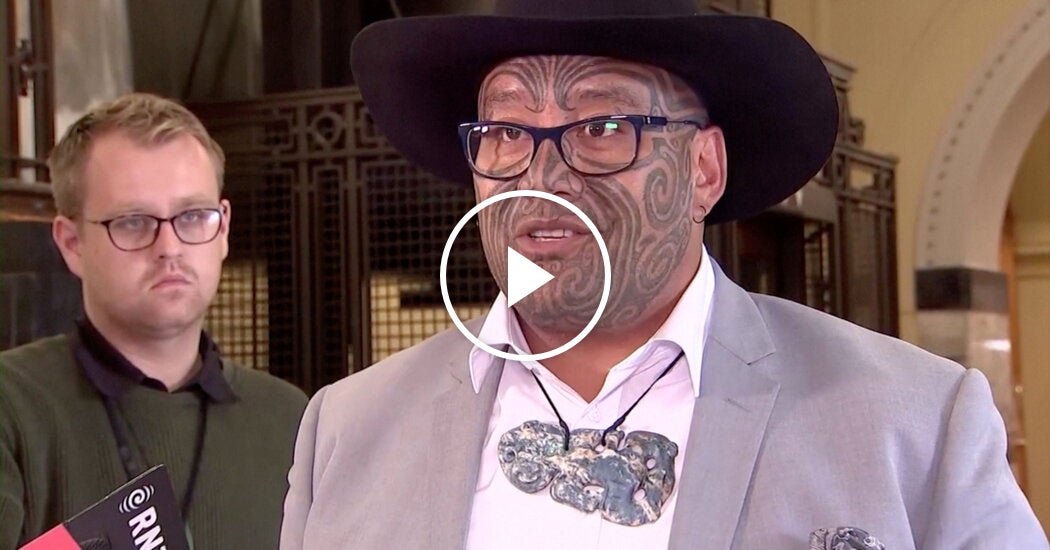 Rawiri Waititi, the co-leader of New Zealand’s Maori Celebration, was faraway from Parliament on Tuesday for sporting a standard Maori pendant as an alternative of the required necktie which he stated was “a colonial noose.”

As you possibly can clearly see, it is a tie so far as I’m involved. And so far as many New Zealanders and Aotearoa are involved, it is a tie. It is a tie to my individuals. It is a tie to their plight. It is a tie to the very explanation why we stand on this place to struggle for our rights. And I feel relations when it comes to Maori and Tainui, we’re a great distance off when choices are made like this. But it surely’s very troublesome once I’m consistently made to really feel like anyone I’m not. That isn’t a part of my tradition — ties. And it’s forcing the Indigenous peoples into sporting what I described as a colonial noose.

Here is what behavioral finance has to say about Wall Avenue’s...